In the spring of 2012, the New York-based Newhouse family, owner of The Times-Picayune, announced their plans to make New Orleans the largest U.S. city without a daily newspaper. Prominent New Orleanians stepped forward, first pleading with the Newhouses to keep the newspaper a daily publication, and then imploring them to sell it to local owners who would. Tom Benson, owner of the NFL New Orleans Saints and NBA New Orleans Pelicans teams was one who offered to buy the newspaper. 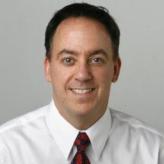 Fast-forward three-and-a-half years. In a nearly 1,400-word Page 1 column published Dec. 27, NOLA.com/The Times-Picayune New Orleans Saints reporter Jeff Duncan beseeched Benson to sell both the Saints and the Pelicans, ideally to local owners. “Your teams’ faithful fans deserve better,” Duncan wrote. “And the reality of the situation is this: The best way to ensure the long-term success of the franchises is to sell them.”

Benson wasted no time in responding. In a 667-word response released that evening, he flatly rejected the suggestion that he sell either team, and reiterated his intention to transfer ownership to his wife, Gayle, upon his death.

Benson then took aim at the hypocrisy of The Times-Picayune essentially demanding that a revered New Orleans institution sell in the interest of ensuring stable, local ownership: 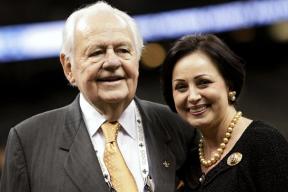 imploring me to sell for the benefit of the city. I recall in May 2012, reaching out to the Newhouse family imploring them to sell to me or other local ownership as they threatened to become and then became a part-time newspaper. Since then the newspaper has done nothing but lay off staff and move operations out of town.” – New Orleans Saints and New Orleans Pelicans’ owner Tom Benson

Whether the situation is ironic or hypocritical, it’s certainly amusing. For those who’ve followed the entire saga, read the statements below and guess if they’re from:

When NOLA Media Group in August announced it was reviving the Saturday and Monday printed, home-delivered editions of The Times-Picayune, it acknowledged that the move was driven by and would be in conjunction with the New Orleans Saints’ NFL football season. That left only Tuesdays and Thursdays without a home-delivered Times-Picayune.

Now that the 2014 Saints season is over, will The T-P again become a three-day-a-week (Sundays, Wednesdays and Fridays), home-delivered newspaper?

And this T-P/Saints ruminating prompted me to wonder whatever happened to the Black & Gold post-Saints game weekly tabloid NOLA Media Group announced in July 2012? Both a Google search and one of NOLA.com turned up only the original report announcing the publication’s Oct. 1 launch. Was it replaced by TP Street?

Less than 13 months after launching TPStreet, NOLA Media Group scrapped the three-day-a-week newsstand-only tabloid, instead restoring home-delivered publication of the broadsheet Times-Picayune on two of the four days a week it was eliminated in 2012.

Originally set to replace The Times-Picayune on Mondays, Tuesdays and Thursdays, TPStreet was scrapped effective Sept. 6 as the company partially backtracked and restored home-delivered, daily publication of the broadsheet on Saturdays and Mondays – but only through the end of the New Orleans Saints’ season, which not coincidentally also coincides with high-shopping – aka high-advertising – season. That brings to five days a week – all but Tuesdays and Thursdays – that the newspaper is home-delivered to subscribers, at least while the Saints are playing. “We’re delighted to give our readers this expanded offering of printed newspapers and online content and to help our advertisers reach their best customers,” according to an Aug. 1 announcement published to NOLA.com.There will also be home-delivered papers on Thanksgiving and Christmas Day.

“My take on it was that it was based on reader demand and that advertisers would welcome it, especially on Saturday … I think the impetus was readers telling us in no uncertain terms that they would really like to especially read about Saints and LSU coverage and have it home delivered to their doorsteps on days after games.” – NOLA Media Group VP of Content Jim Amoss

Amoss has consistently denied that NOLA Media Group’s almost constant adjustments to its publishing schedule has been in response to the challenge from The Advocate, which re-launched a daily New Orleans edition in conjunction with the Picayune’s Oct. 1, 2012, original cutbacks. Most recently, Amoss told Nieman Lab that NOLA Media Group “is primarily focused on ‘digital competition’ — from local TV station websites and other local and national online outlets.”

Pulitzer Prize-winning editorial cartoonist Mike Luckovich has done a series of cartoons for New Orleans magazine lampooning the changes at his former employer.

New Orleans magazine Editor and Chief Errol Laborde, a consistent critic of NOLA Media Group’s cutbacks, noted “the economic force of football, not only driving audiences to the news media but as a backdrop for holiday advertising. Many towns, New Orleans high among them, fill hotels during the slow weeks of Christmas by hosting bowl games. We suppose there’s something comforting about nations where games rather than wars are more pivotal to our everyday lives.”

Laborde went on to note, “Two years ago, we wished that The Times-Picayune would return as a daily. Now, with The Advocate in place, The T-P’s move to less frequency might be the better alternative. It could be that a town with a daily and a less-frequent alternative might be the way to go. Each could serve the city from its own perspective.

“Two years ago, it seemed like the city was going backwards with its newspaper coverage. Now it just may be leading the way.”